The History of Nativity Prep 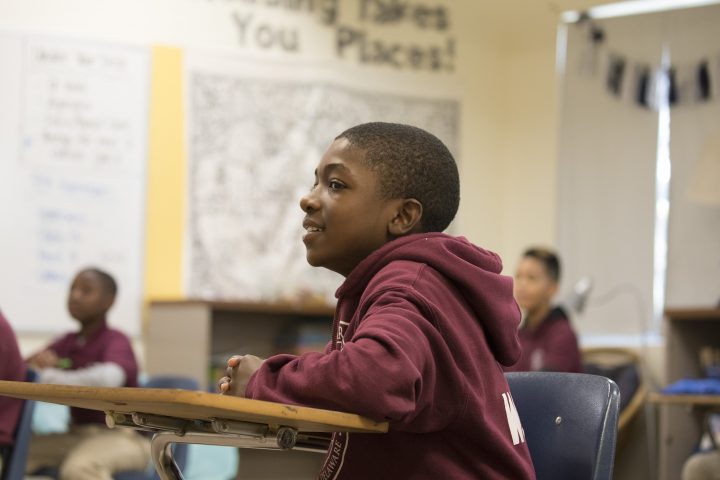 It all began on the Lower East side of Manhattan in 1971 when a school, named Nativity Mission, struggled to have its graduates attend and compete in the New York area Jesuit Secondary schools. Time and time again, the students dropped out after gaining entrance. When asked why this was happening, the rector said the students lacked the necessary skills or were far below the academic levels of their classmates.

Nativity students needed stronger skills in math and language arts to be able to compete in these private schools and Nativity Mission decided to do something about this annual occurrence. The Nativity students committed themselves to a rigorous academic schedule to be better prepared for admittance into private and Catholic schools in this area.

Their rigorous schedule was from 7:30 AM until 3:00 PM with sports and activities from 3PM until 5:00 PM, adding evening study from 7:00 PM until 9 PM. They used Saturdays for field trips, and had a mandatory summer program. They kept class size to 15 students with time for tutoring where needed. With these changes, the Nativity Mission School flourished for twenty years under the stewardship of the Jesuits and their volunteers. Nativity graduates excelled in both secondary schools and later in universities. Nativity Mission was successful because they had plan that allowed their students to grow and become competitive applicants.

Nativity Mission existed alone until 1989 when another school using this same model opened in Boston. From there, the rest is history. This small school from the Lower East Side of Manhattan, began as a way to serve the underserved, grew to become a model for middle school education all across the country. Today there are over 65 schools in over 26 states.

In 1903, the Oblates of St. Francis de Sales established Salesianum School as a high school for poor, immigrant Catholic boys in Wilmington, DE. Three French Oblates and twelve students formed the first school community. Over the years, Salesianum has grown to include 15,000 graduates scattered throughout the entire 50 states. In 2003, to celebrate its 100th anniversary, the Oblates decided to recommit themselves to their historical roots in the city of Wilmington by establishing a tuition free, Catholic middle school for low income boys based on the Nativity model. It was their hope that these young boys would be capable of choosing Salesianum for high school and continuing to model the beliefs of St. Francis de Sales.